Immersed in time, we question time
And ask for commentators’ rights.
The amoeba has a taste for slime
Among its range of appetites.

The relief of growing old – it’s easy
To take long views and shun the short.
Consult the frescoes in Assisi:
Ignore the Kinsey and the Hite Report.

Like Auden, I have always felt
The youngest person in the room.
His too too solid flesh might melt
And show him God. I’ll need a tomb.

“Senex Scintillans” – we’re bright
As glazing on a Peking Duck.
The Elderly insist Insight
Is not worth much compared to Luck.

Hers is a most convincing face,
“Col tempo” lightly in her hand –
Age lived-through need show no trace
Of lines time likes to draw in sand.

Who is this young architect
At work on death’s blank inventory,
Correcting everything correct?
It is Thomas Hardy, OM, he!

“Gone is all my strength and guile,
Old and powerless am I.”
So, Joseph Haydn – all the while
Comes “Laus Deo” in reply.

The greyness of the sky is streaked
Along its width with shades of red;
The pity of the world has leaked
But who are these whose hands have bled?

我覺得很是無聊，但《書人獎》卻搞最佳小說遺珠獎，過去落選的作品中，再選出優秀的六位作家。五月十九日揭曉花落誰花。
在這份遺珠名單中，其中一位就是PATRICK WHITE.(見圖) 認真諷剌，這位加拿大作家，生前出名最憎厭參選拿獎，１９７３年他榮獲諾貝爾文學獎，也拒絕親身前往領獎，只派友人畫家代表。在他一生中，拒獎不知多少次。１９７９年他入圍書人獎，他也曾去信要求除名。
所以，如果這次他獲得遺珠獎的話，肯定會氣得他從墳墓中跳出來。
*****消息來源：英國獨立報：
Patrick White, the late Australian novelist who loathed literary accolades, has now, in death, been subjected to the thing he hated most: the prospect of winning the Booker Prize.
White, who detested literary prizes so much that he demanded to have his name removed from the Booker shortlist in 1979 and begrudgingly sent a friend to collect his Nobel Prize, has been nominated for a belated Booker award that recognises the best books written in 1970. He is on a shortlist of six, four decades after writing The Vivisector and two decades after his death.
Tobias Hill, one of the judges of the "lost" Man Booker Prize shortlist announced yesterday, observed the irony in White’s posthumous nomination. The prize attempts to amend the oversight of 1970, in which the Booker was not staged owing to administrative complications.

Two debut novelists will take on the seemingly unstoppable might of Hilary Mantel and Wolf Hall for this year’s Orange prize for fiction, judges said today.
A shortlist of six was named for what is the only annual UK prize specifically for fiction written by women. The winner will be chosen from Mantel, Rosie Alison (for The Very Thought of You), Barbara Kingsolver (for The Lacuna), Attica Locke (for Black Water Rising), Lorrie Moore (for A Gate at the Stairs), and Monique Roffey (for The White Woman on the Green Bicycle).
The two first-timers are Locke and Alison. Alison’s book, a love story, tells the story of a young girl evacuated to Yorkshire during the war who ends up seeing things not meant for her eyes. Its success is all the more striking as she has yet to have her novel reviewed by a national newspaper. She recently told the Guardian that the lack of reviews was a relief: "It would be very easy for a cynic to write it off in a few dismissive lines."
Locke’s novel is striking in a different way. It’s a thriller – a genre that rarely makes to the finishing line of leading literary prizes. The Guardian’s reviewer described it as "a powerful and skilfully constructed conspiracy thriller – Chinatown without the air of despairing fatalism." The New York Times called it an "atmospheric, richly convoluted" debut.
Locke, a screenwriter named after the 1971 upstate New York prison riot, is one of three American writers shortlisted. The other two are Moore and Kingsolver, the latter nominated for her sixth novel, The Lacuna, which moves between 1920s Mexico and the story of artists such as Frida Kahlo, and the US, focusing on the McCarthyite witch-hunts of artists. Her best-known work, The Poisonwood Bible, was shortlisted for the Orange in 1999.)
Moore, best known for her short stories, is shorlisted for her third novel which was praised by Geoff Dyer in the Observer: "She’s on fire for 300 pages
The shortlist has been whittled down from a longlist of 20, with novelists including Sarah Waters and Andrea Levy falling by the wayside. To exclude Mantel, however, would have had literary prize observers falling off their breakfast bar stools. Her evocative doorstopper, telling the story of Henry VIII’s fixer Thomas Cromwell, has already won her the Man Booker, and was shortlisted for the Costa novel of the year.
Roffey is shortlisted for her second novel about an English couple settling in Trinidad.
This year’s Orange jury is chaired by TV producer Daisy Goodwin. She said: "This shortlist achieves the near impossible of combining literary merit with sheer readability. With a thriller, historical novels that reflect our world back to us, and a tragicomedy about post-9/11 America, there is something here to challenge, amuse and enthral every kind of reader
The judges have chosen their six from the 129 novels that were originally put forward for the prize. Goodwin has commented already on how gruelling the process was. "There’s not been much wit and not much joy," she told the Guardian last month. "There’s a lot of grimness out there."
The shortlist was announced this morning at this year’s London Book Fair at Earl’s Court. The other judges were Rabbi Baroness Neuberger, journalists Miranda Sawyer and Alexandra Shulman and the novelist and critic Michele Roberts. 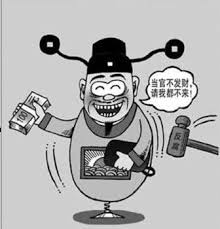 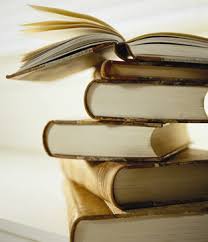